What Full Service in Voice Over Really Means

I must warn you that I have a lot to say, and that this is so significant in the larger context. When I was a young girl and was admitted to Barnard College, Columbia University, the very first book they had us read was Zora Neale Hurston’s Their Eyes Were Watching G-d. Hurston herself was a Barnard alumna who was the first student of color to attend. Not only was her literary contribution fundamental, but the relevant point here is that her presence at Barnard in the 1925 opened the door for POC and established a precedence that diversity was essential. It took years to have as many POC on campus, but Hurston as an essential start. When we talk about diversity in voice over, this is the sense through which I see it.

When I started my business voice over business years ago, I had a plan to be a one stop shop for clients. From the start, I wanted to make it as easy as possible for a client to work with me and get what they needed. Some need copy-writing and voice over. Some international clients need editing and voice over, so that their scripts sound like they were written by a native English speaker. And some clients need all of it, from the script writing to the casting of additional voices.

I could have handled the casting calls many ways. I could have used pay to plays or agent friends. Instead, for some of the diverse characters, I posted in the Voice Actors of NYC Facebook Group. I was fortunate that other well-established voice actors saw my post and texted me direct referrals, several of whom I cast! In addition, one of my very best voice over friends does casting regularly for another eLearning company and I reached out to her immediately. Lastly, I love to cast former students as I tend to have their voices in my head, so if I have coached you, then you know sometimes I send you work directly as well. The casting took several days as their were so many roles and my client then had to send all of the auditions on to the end user for approval. I kept spreadsheets of which actors read for which roles and was so excited to see who was chosen. 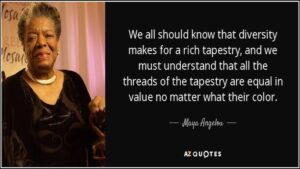 Then there was an incident. I will be vague as to not be a gossip, but basically for many years a highly regarded white voice actor who continues to be represented by CESD had a separate website from her main website where she had an avatar of herself as an African American voice actor, even though she was, in fact, in real life, white. She used an alias on this page. Her agents new she was white and represented her both as her real name and under her alias and it is my understanding that she booked quite a lots both. I actually know people who cast her. Well, there was a voice over awards show and she was publicly outed and called out for her choices, which she never hid, in front of the entire voice over industry by actual African American women who were not pleased that she was mis-representing herself. Even though her work had never been a secret, this was a huge turning point both for the actress and for the industry as a whole.

From that point on, it was no longer acceptable to have someone who did not match the specs voicing the specs. A Latino woman had to voice a Latino role. An Arab male had to speak for an Arab male. There was no more “passing for” or “sounds like.” No one was turning a blind eye or looking the other way. Finally diversity came to casting in VoiceOver.

As a white woman, I am typically sent scripts to voice and I voice them. I never know how I fit in to the entire cast. Sometimes I see one or two other characters around me. It was extremely exciting to be working with such a diverse cast on this project. I was really proud from start to end.

Since I did not know this project was coming my way, I had to quickly develop a system to stay organized and manage all of the correspondence, scripts, finances, and so on. I basically used a series of spreadsheets and drop box files and sub files to organize everything. It worked out very nicely. I even downloaded all of the talents’ invoices and kept them in the clients’ drop box so that everything was in one place. As this was a very large job, my spreadsheets were very detailed, but the notes were really helpful.

The actors on this project were blesses that we had kind clients, who not only agreed to pay rates in accordance with the GVAA rate guide, and that includes generous pickup rates, but they also paid promptly. As there were so many actors on this job, and for some we have now had three rounds of recording, I could not pay everyone out of pocket and had to wait for the client to pay me so that I could pay the team. Thankfully, the client paid in under two weeks for each round! I was so thankful to be able to offer this turn around. 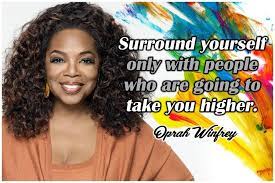 I really like working as a project manager. While I love being in the booth behind the mic, it was a joy to be on the other side of the glass. I actually loved the organizational tasks even more than I thought I would, and I loved having a glimpse of the big picture and getting to roll up my sleeves and dig in to a larger scope of work. You know, sometimes you don’t know what skills you want to master until an opportunity comes your way. Since this project, I got to manage another one, and I loved that too, so I hope they just keep coming!