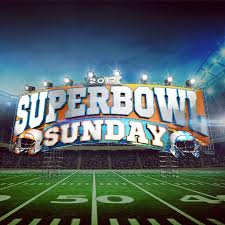 Like families across America, every February we go all out having our neighbors over to watch the Super Bowl. Perhaps it’s because I’m from Philly, and, well, you know what they say about Philly fans. We have pizza and wings and every snack you can think of. I make tons of hot appetizers and keep them coming through out the game. We have an assortment of beers. I also always make fish and neighbors bring a variety of salads. Every one knows though, that the game is just part of it. The half time show is just part of it. The commercials often leave everyone on the edge of their seats. Some are profoundly touching. Some are hilarious. Some are controversial. We all sit their, huddled together, on the edge of our seats, never bored. The voiceover, the voice under what flashes on the screen, is sure to dazzle on such an epic night. But whether it is Super Bowl Sunday or any given Tuesday, a voiceover actor, and there are a lot of us, is always an actor and never just a voiceover person, and the voiceactor’s ability to assume a role as apposed to just reading a script can make all the difference in those spots that we love.

When I started my journey as a professional voiceover actress, I dreamt of playing a Disney princess. Who doesn’t right? After all, if I can sing like the Little Mermaid and sound full of hope one moment and like i’m in the depths of despair the next, clearly I have chosen the right career path. But even when Disney does not immediately come knocking at your door, there are ample opportunities for character work in voiceover where the work itself pre-determines the role that you play. From candy princesses to mermaids in kids’ apps to cat toys, I have voiced them all. Whether in an app, an animation, a video game, or dubbing, when doing character work a voiceover actor does not have to figure out who they are. The script tells us. Other sorts of script analysis are of course required, but at least we know who we are and what our relationship is to the other roles around us.

The Voice in the Commercial

Since the inception of my career commercial work has been my bread and butter and determining your character, or who you are in a commercial, is not always so simple. Sometimes you are actually cast as a specific role, like the voice of the hip mom or the distressed wife, but often you have to read the script and make a choice about who you are playing. Recently, I have been what is often described as “the voice of G-d” in a series of tv commercials for a hospital. These spots needed to sound heartfelt and connected. I’ve also played the casino party girl, and I it was my call to sound like the super fun party girl that anyone would want next to them at the black jack table. That is why we are called voiceover actors, because even in a commercial there is always a role to be played.

The Role of the Narrator

A lot of voiceover work falls under the category of Narration. As a former teacher, I particularly delight in doing eLearning projects. But, whether I am narrating eLearning, industrials, or telephony, I am still playing a role. I am never simply reading a script. I may be Susie in HR. Or I may be Julie, the tech savvy girl sitting next to you at the conference table. Or I may be Emma, the head chef at Whole Foods Market. I always have to know exactly what role I am playing and why I am saying what I’m saying. Often in narration this is not clear from what the client gives me. Instead, this comes from self direction, from a creative choice that I make. Again, this is what makes the difference between being a voiceover actor and someone who just reads into a microphone.

So why are some people in my field called voice actors, some called voiceover actors, some called voice talents, and some called voiceover talents? Put simply it’s a matter of personal preference. They all mean the same thing and imply the very same career. Some people would say that they are a voice talent because they also do on-camera work and public speaking or live announce. Well that’s great! But some people prefer that title and they do not do either. So, any professional who assumes one of these titles, is implying that they spend their days acting, pouring their creative juices, heart, and soul into your script to bring it alive and make it sound its best. In the words of Marc Hammill, “You’re able to make broad choices that you would never make if you were on camera.”