The Philosophical Question of VO 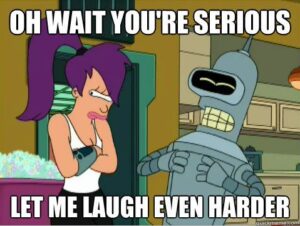 Without doubt people love John DiMaggio’s character Bender on “Futurama.” So when DiMaggio’s contract was up, he faced a dilemma. Many voice actors have actually faced this very dilemma. Does he hold out for the rate he deserves? Should does he walk? Or perhaps in this instance, DiMaggio responded like his character Bender would have.
This is a complex situation. If you have not watched the show or have not read about it, there are a few key details. DiMaggio has played Bender since the 90s. He has described Bender as being part of his soul. Hulu decided to revive the series. There are a lot of unanswered questions:
As voice actors, we face a daily struggle. We are working artists. Creatives. How do we align artistic principles with business principles? If something is “part of your soul” how do you attach a rate? When a character becomes part of the fiber of who we are, how do we walk away? At the same time, we spend years training. We invest in pricey gear. We have a huge cost to maintain our business. How can we afford not to maintain our rates? If we do not stand up for our value, who will?
Recently I was on a college tour at Georgetown with my son. They tour guide spoke about religious and philosophical life on campus. He said they want the students to grapple with the questions to which there are no answers. When I read DiMaggio’s story, I thought back to this. As voice actors, we need to find the intersection between our acting goals and our business goals. 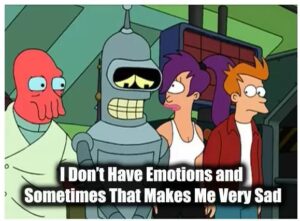 In March of 2019, I was at the World Wide Radio Summit in Burbank. I remember Kelly Doherty saying something brilliant. She likened VO gigs to library books. Kelly said they are ours for a time then they go to someone else. I loved that. As someone who has always believed we get the jobs we are meant to get, that worked for me. My friend used to do the Burlington ads on Spotify, then I did them. Now someone else is. I used to do the IVR for Big Bear Gear. Then they wanted a male voice and I happily passed it on. That’s how it goes.
What makes it different in the scenario is with Bender, is that fans equate actor with the actor. The actor has developed the character. The actor has not only made the character who he is, but the character then becomes a part of the fiber of the actor.
Now, let’s flesh this out. There are times when actors assume roles that have already existed. For example, Bob Bergen took over as Porky Pig. Dora from Dora the Explorer has been voiced by three actors: Isabella Merced, Caitlyn Sanchez, and Fatima Ptacek. “Tom and Jerry” had no fewer than seven voice actors over the many years. There was not feuding when these actors stepped into a role, the role, like a library book, simply changed hands.

What Makes the Bender’s Voice Over Role Different

Some philosophical questions must be asked at this point in analysis: 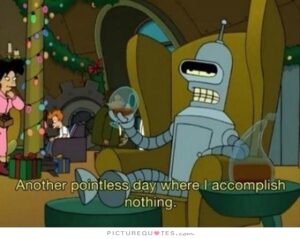 When DiMaggio could not reach an agreement, many industry insiders came to his defense assuring everyone that they would not assume his role either. This leaves us with an open-ended question: imagine of someone had tried to replace Beaver Cleaver or Arther Fonzerelli? If someone tried to replace Peter Cullen as Optimus Prime, we would notice that too, so perhaps some characters are just different. Perhaps Bender is one of those characters. That, of course, leads to another great question: does the voice actor develop the role is does the role create the space for great talent?
As a professional voice actor, I can tell you that great scripts are a gift and they do not come your way so often. When they do, they give voice actors a chance to shine. It is hard to give a brilliant performance when the specs in no way match what you are sent script wise. So my thoughts are that when characters become iconic, it’s because an extremely gifted actor is placed in a wonderful cast and has a great script to work with.

All of that said, I am a voice actor because I have a passion for my craft. I have an advanced degree and while there are many things that I could do, there is only one thing that I want to do: voice over. Of my daily routine, I take joy in the minutiae with one exception: negotiating rates. Despite the prevalence of well-publicized rate cards, I constantly have to negotiate with clients. It is so frustrating. DiMaggio’s recent problems bring all of this to light. If the most famous and talented among us cannot get paid what they feel they need to continue an on-going role that they are known for, how are the rest of us supposed to hold out hope that we will get the rate we need on the next commercial or eLearning gig?