The Ups and Downs of VO Bookings 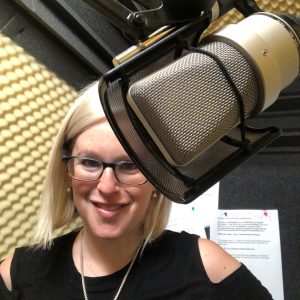 When I started out in voice over years ago, I was told that the ups and downs of the industry are can be described as “feast or famine.” I was cautioned to always set money aside for the slow times, and I always thought about the ebb and flow in terms of the finances. The flaw in this thinking, sound though it may seem, is that when the feast comes, and the voiceover g-ds shine down, it’s not the money that we have to worry about, it’s having enough hours in a single day as a working solopreneur to get the work to our clients in a timely manor. In fact, it’s more that that. Here are some issues that come up when the work suddenly pours in at once as it often does:

Sometimes I have clients tell me with excitement about a great project that never comes. Sometimes without any warning I get a huge eLearning job that may have 20 minutes of finished audio and of course needs to be done as soon as possible. No heads up, no phone call, it’s just there. Yay, except I then have to reshuffle. Sometimes I get the email asking my availability because a script is coming my way “that day.” And of course when they get it to me they need it right away. Even when they tell me it’s coming, often the final script doesn’t come right away. This happened this week. I heard a script was coming Tuesday. I waited much of the day, glued to my desk. It came around 4 pm. It’s not their fault mind you, if the person sending it knew when it was coming, they would tell you. They have as much control as you do: none. So, we don’t know and life is hard to plan. It’s a great job for a type A person!

Not Just by Financial Goals, But actually A Crazy Amount of Time in the Booth 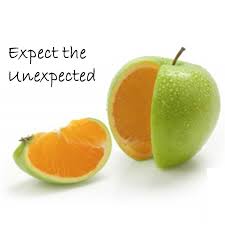 So, again, there is a difference between meeting your financial goal and a ton of working flooding in on a given day. I am talking about the latter, which makes the former possible, and is an entirely different ball of wax. Sometimes days go by with little work, and then all of the sudden, you might face the scenario that I faced on Wednesday, when as much work as I typically do in an entire week came in one day. I have a system when work comes in which involves entering the job into my CRM, carefully reviewing the script, preparing the invoice, recording the work, and then preparing a thoughtful delivery email, and that system is great when I have unlimited time.

But most of us in voiceover also have families. On Wednesday it happened to be my husband’s 46th birthday. My daughter Emma, 16, also happened to have an orthodontist appointment at 6 pm in a town about 20 minutes away. I had planned that we would go out for dinner that evening at the mall after the appointment. My kids also had Scarlet Letter essays due in English the next day and a History test, so I told them that when we got home I would help with both. I had not planned to be in my booth after dinner, working on of all things a Halloween spot (I can’t even… It’s November…)

So the work came pouring in. I was delighted. I was working as thoroughly as I could to do a beautiful job and get it done promptly so that I was not editing audio from an orthodontist’s waiting room. I finished with moments to spare, but I was far from calm and the horror from my Halloween script seemed to be bleeding out into real life. I felt working mom/wife guilt for my poor husband as his gift was not wrapped and did not even make it into the car when we were meeting for dinner. Again, I did not see this influx coming.

What I would Have Done in Hind Sight If I Saw it Coming.. 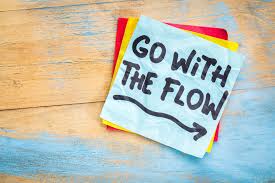 So, on Friday it occurred to me that I should have had an outside editor who I have worked with in the past edit the eLearning work. Neither of those two jobs had an NDA and I could have outsourced. I honestly did not think of it in the moment because I did not know that the other work was coming. Outsourcing is really important for professional voice over actors. There is only one person who can be in the booth recording. What can be outsourced to lighted our load:

Essentially anything that does not involve your voice can be outsourced. No one ever had an empire of one, and as you get busier it is really important. Another thing I should have done differently is given myself permission to hold some of the work until Friday. The fist job of the day, a PBS spot, actually was not on a time crunch. It may have come in first, but the client was not in a rush to get the audio back. I should have sent an upbeat email for the two commercials and let them know they would be delivered the next day.

Next, I often prepare dinner on my lunch break. Even though it was Harlan’s birthday, we should not have gone out to eat that night. It was frankly too much. We had already gone out twice the weekend before for his birthday, so this was unnecessary. In December I am doing a crockpot challenge! I cannot tell you how excited I am for this. I follow the Budget Mom on Social media and I think she is brilliant. My hope is that in having dinner ready to go in my crockpot several nights a week, I will both stay on budget and alleviate stress on these busy nights.

Everyone should prepare financially for our famine periods, but we need to plan mentally and emotionally for both the famines and the feasts. If we do not have supports in place in our personal lives we will not succeed as working creatives. I am blessed, I have a husband who gets it. We started discussing dinner for Monday night yesterday, Saturday, because I have to be on location much of the day Monday in Philly and the family still needs to eat. We, my husband and I, planned ahead. But a lot of people have to do it alone either because they are single or because their partner doesn’t get it. If your partner doesn’t get it, find friends who do get it and let them help you strategize, because the one thing I will tell you is that on your best days and on your worst you need people to get you through! And in case you are wondering, Monday night we will be eating chicken drumsticks and sweet potatoes. This momtrepreneur keeps it simple.