How did I end up doing Improv?

Firstly, I never set out to study improvisational technique when I started doing voice over. Early in my VO career I worked with amazing coach Fred Frees. Fred was my character coach. We were doing private lessons working towards a character demo. Fred is not only an established talent, but he also grew up in the industry. Fred happens to be the son of VO legend Paul Frees. There is not a voice, character, or trick that Fred can’t do. The man is amazing. One day in one of our lessons Fred told me I had to find an improv class. For me, this was out of my comfort zone. He told me that he heard repetition in my characters and that I was falling into patterns. The only way to break this was with an improv class.

Why was I nervous? Well, in the safety of my studio, I was fearless in front of a microphone. Fred suggested leaving the booth and going to an actual theater with real live people. Learning a very new different skill set was scary. It was daunting. And, it was necessary.

I found a class called “Advanced Acting and Improv” at Paper Mill Playhouse. Taught by Broadway great Elisa Va Duyne, the class was hard. I was not used to learning lines. The amount of drama was also a big change. Physicality amongst others was also new to me. But I started the class none the less. Want to know how long it took for Fred to hear a difference once class started? Fred heard a difference in my reads in one week. He said I was like a different person in our sessions.

Scott Parkin and Voice Over 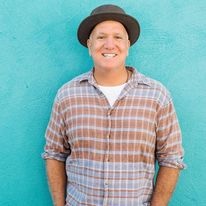 Fast forward quite a few years. Now I have the luxury of having a weekly Clubhouse Room, “Ask the VO Coaches.” This week voice over legend Scott Parkin was our guest! Whether you know it or not, you likely know Scott! He is the voice and face of many recognizable brands as he does both voice over and on-camera work. He actually started out on morning radio. Scott has a national Tide TV commercial and many more. He has also made appearances on well-known shows like “Grace and Frankie.” Scott finds that the relationship between VO and on-camera work is symbiotic. Scott shared that most of his work comes in through his agents at DPN. As a single dad, his daughter Miranda grew up socializing with other talents in the DPN waiting room.

Scott Talks Improv and Voice Over

Diana Birdsall and I asked Scott why voice actors should study improv? Scott explained that improv helps you find a character. It also helps you find that sought after conversational read. For example, think about what you like to do for fun. When you respond, you make it real, including stops and starts. Scott was great fun in the Clubhouse! He fell into many characters for us. He was Angus, a Scottish soccer player. Then he was Doug from Doug’s BBQ in Texas. First Scott became the character. Then he showed how they would say their lines with ease.

Improve Across the Genres

We asked Scott which genres of voice over improv helps with. He said it is useful in all genres. We talked about assuming characters in genres like eLearning or narration. One of our attendees, Jeffrey, told Scott he is taking improv classes in Atlanta. Jeffrey asked Scott what he should look for in class. Scott said it depends on your goal, which might include:

The conversation went on to consider if improv practice can happen via zoom. Scott said that he has adapted his drills to work on-line. But, in-person classes are still the gold standard.

The Culmination of Improv: “Comet Casino”

The show boasts an all star cast with the likes of Tara Strong, Billy West, and Maurice LeMarsh to name a few. Dad and daughter are doing all the leg work themselves. From creating the team to raising funds for animation, it is a family project. What’s the point? If you connect the dots, it’s no accident that a kid with profound improv training did this. Miranda can act. She is also an artist. Miranda had a vision. This gal also happens to have an amazing dad behind her. Now, am I saying that if you study improv you can write a show? Maybe not. But the point is, you never know where years of exposure and on-going training and coaching will take you. That’s the point. Work on your craft. In conclusion, keep working on it. And if you have the means, also support this amazing family here.