Why I’m Different Than Other Voice Over Coaches

I always offer a free consultation to folks thinking of working with me for voice over coaching. Often, the tell me right off the bat who else they are considering. My answer is almost always they same, “great, you’ll have a great experience.” The truth is, there are a lot of people who do what I do. And the scope of some of the skills that we teach overlaps. I’d like to think that over the years I have developed some unique techniques and strategies, but one thing is for sure, the way in which I coach is for sure unique. My super bubbly and upbeat demeanor comes through in everything I do, and that includes coaching. So, I would so that one of the defining characteristics to my coaching style is my positivity.

Interestingly, an early morning text from my nutritionist got me thinking about why positivity matters so much. At the end of her text, which happens to be the first text of my day, it said “No effort is too little in the big picture. It ALL adds up to progress. Keep your eyes on the goal and have a glorious day!” That is how my day started. Who wouldn’t feel great after such a message? And this got my wheels turning about the importance of what I put out to my own VO students. I am someone who has always responded well to positive reinforcement. More than that, I thrive on it. Feedback with a positive spin is something I can run with. Conversely, when I feel criticized or scrutinized I do not perform well. I have studied the psychology behind this in graduate school and in professional development workshops as a teacher, and I try to bring all this with me pedagogically when I coach. I do believe that for voice over students to get the most out of their experience they need positive reinforcement.

Since My Teaching Days…

Before working in voice over, I actually taught middle and high school history at an all-girls school in New York City. For one of our teacher in service days, we had a neurologist come and talk to us about positive reinforcement. Did you know that there have been studies that prove that people respond better when their papers are marked with green pen than with a red pen? Further, students to respond better to encouragement to improve and build  from their strengths than when critiqued on their shortcomings. Since that teacher training almost 20 years ago, I have incorporated this into all of my interaction, whether it’s doing homework with my own children, or coaching other voice actors.

I cherish building close relationships with people I work with. In the past few years, I have been come close with a “client” named Steve. First, I got to know Steve when he owned a production agency in Portland. Then, he opened a boutique talent agency. Over time, Steve became a close and cherished friend. When Steve opened his agency he actually decided to refer talents who needed coaching to me. Why? In addition to the curriculum I developed, he liked my positive way. Even recently, while in a period of transition onto a new path in life, Steve asked me if I would direct a session for a client because of my positive way. The point is that people need this kind of support and vibe, it makes it easier to work together.

Positivity is extremely important to bring out the best in voice over students. Whether you are prepping them for client interactions in general, for a demo session, or for interactions in live or guided session, having a positive demeanor helps. In voice over, often our clients like to connect with us and direct us. Sometimes they record on their end and sometimes we record and send them the audio. This is called a live or guided session. It used to be known as “phone patch.” Every now and then you may still get a client who actually wants to listen in on the phone. When I work with my voice over students, particularly my commercial students, I coach them as if out session is a live session. I give feedback to bring out the best in their reads. I try to take them to a higher level and elicit the sought after sound. I also try to emulate what actual live sessions are like, giving direction the way it is often typically given to us. I want my students to feel really good about their work and their progress. 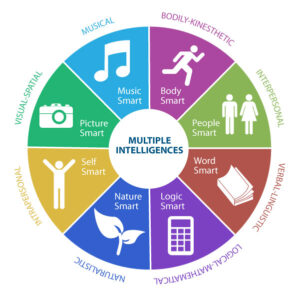 When I was in graduate school we also spent a lot of time learning about Howard Gardner and his theory of multiple intelligences, that different people learn and absorb material in different ways. I can tell you that as I get older I think the way that I myself learn has changed. But, the way that I relate to people and connect with people has only changed in degree and not manner. I would say that I am perhaps more sensitive now, than when I was young. I am a delicate soul, and especially something as personally as our art, well, we are all unique and while there are industry standards and benchmarks we need to meet, I would like, myself, to learn about it in a meaningful and engaging way that brings out my best, and is not belittling.

At the End of the Day, What Do You Respond To?

At the end of the day, I want to work with kind people and work with people who treat me the way I want to be treated. I appreciate, when hired as a coach, that people have goals and benchmarks that they are trying to reach, and I want to help them hit those benchmarks in a way that makes them feel that all of their goals are attainable.