The first spot in this compilation for Raw Juice is the spot discussed in this blog!

As a full-time professional voiceover actor, I book a lot of my jobs on the casting website Voices 123 and have for many years. Every talent, whether they are new to the field or long established working actors is delighted when a booking comes in. When the above video script came in, I was pleased as it was for a large franchise and the story of the script was something that resonated with me on a personal level. I, too, have thyroid issues. I, too, work hard every day to plan healthy meal options for my family. So when this booking came my way I was both happy about the voiceover opportunity and excited about the synergy I felt.

When it came time to record, based on the rate they negotiated, I sent them several takes. Each versionI sent was edited and broadcast-ready. I received positive feedback and was delighted that they were happy. All that was left was the business end. Keep in mind this happened over about 6 hours from start to finish.

I sent off my invoice. As voice actors, we never know if we’ll be paid that day, in 30 days, or in the dreaded but seemingly acceptable 90 day window. On this particular booking, there was an unusual scenario. I say this is unusual as someone who does several hundred bookings per year, typically multiple bookings per day, and has been full-time since 2015, I think I have a enough of a sample size to say that this was unusual. I am typically paid by the person or company that casts me in the spot. In this case, I was being paid by the end client. This is not standard. Right away the invoice was being passed from person to person, and almost everyone seemed to say “not it.” This was not a good sign.

Collections: What’s Normal and What’s Not

What is standard? Typically whoever hires me pays me. If it is a big job or if they are going to have repeat business I also send them a W-9 form. Most of the time it is that simple. 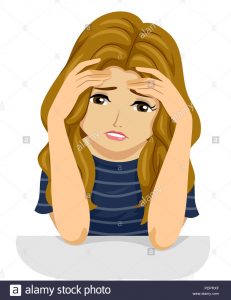 In the past I have offered multiple ways for clients to pay me. I have sent pdf invoices, PayPal invoices, Square invoices, and have accepted QuickPay by Zelle. It was becoming so complicated with all of the different requests that last month a client could not decide or figure out how to pay. Further, I had to make detailed notes in my CRM to remember which kind of invoice I sent out for each client.

I have now had enough of this. This month, in April 2019, I went back to my initial method of invoicing through FreshBooks. It is simple and straight forward. It is better for my clients and for me.

But back to the story about the Raw Juice debacle…

So after 90 days I was really aggravated. The nice guy who hired me had passed me off to the Juice company and they were non-reponsive. I found the folks who worked there on FaceBook and LinkedIn but how aggressive did I want or need to be? I finally direct messaged the owner who gave me his direct email. When I emailed him I ccd my husband who often acts as a manager of sorts and is an attorney in NYC. I will tell you that I was very upset that it came to this. I did the work. I did a good job. They were happy. I should have been paid. 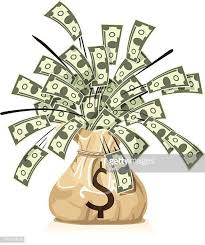 Was that enough? No! They wanted proof that I did the work! Can you even imagine?! I sent them the invoice again with the above video. It ultimately took about 120 days and a tremendous amount of time and effort to finally get paid. I was not happy. These were not good people.

So this week on my CRM, Voiceoverview, which I happen to love, I got a friendly reminder that I had not done a job for a little while for that producer. I decided he was nice and he had done nothing wrong so I might as well drop him a quick note to say hi and learn about what he’s working on. Would you believe after all of that, the juice company had gone back to him and said legal never approved the script and they wanted revisions and more VO! Thankfully the producer had my back and had the sense to tell them no. I took a lot away from this though… First, I was correct to trust my gut that the producer was, in fact, legit and a good guy, and was also in a tough spot. Next, when people seem like – – -holes they likely treat everyone else that way too. Lastly, since voice over folks are often the last part of the team called in, remember that we often DO NOT know the entire story so it is best to just remain calm and do our job.