As a well-established professional voice actor I wish I could say that when I recorded my first audiobook everything went well, but that is not the case. I learned quickly that narrating audiobooks is vastly different than recording a 30 second spot. Actually, the recording was fine. I marked the manuscript on my iPad just like Sean Pratt taught me. I used iAnnotate and I was proud of how the audio and the editing when. The snag happened quite unexpectedly when I uploaded my audio to ACX.

Learning the Ins and Outs of ACX

If you have never used ACX, when you upload your audio it has a tool that immediately measures the quality of your 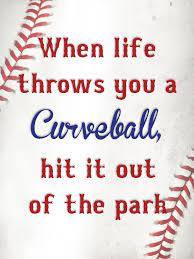 audio. So my audio was immediately flagged as being insufficient for their needs. You get a little orange or red, depending on the screen settings of your monitor, triangle with an exclamation point in it.  ACX is kind enough to tell you precisely what is wrong with your audio. In my case, my RMS, or Round Mean Sound, levels were not within the precise range of -18 to -23. Mine were between -25 and -27.

First  I called an engineer I work with regularly and he had gone to both college and graduate school for audio production and he had no idea what an RMS was. I sent him a photo of my audio because I could see there was a meter for it in my DAW, which is Twisted Wave. His best guess was to play with how I normalized it. No dice, nothing made this better. And I had already applied my commercial effects stack to the ENTIRE recorded book. At this point the only thing I had going for me was that I had saved the RAW audio. Note, ALWAYS save your raw audio!!

So at this point, dinner was not being cooked. The audio couldn’t be uploaded. I was in my booth in tears. For someone who has been in VO for years, I was loosing it completely. Just then, I happened to have been, over several days emailing back and forth with Jack de Golia. I had questions for him about some programs I could use for audiobooks, and I had the luck of getting an email from a friend at that moment.

I told Jack I was having a meltdown. Jack phoned. He asked what was going on. He talked me off a cliff. He also showed me how to use the analyze function on Twisted Wave which I never knew was there. Jack actually showed me quite a few thinks that night.

He told me I needed to call George Whittam and that I needed a stack specifically for audiobooks. The only way to meet the A CX specs is with such a stack. I had no idea. The thing is, you don’t know what you don’t know until you’re in the trenches. I did in fact reach out to George. I paid extra for the stack, and I was very quickly back in business.

When I had my Meltdown, I had people to call

I was lucky, the right guy happened to reach out precisely at the moment I needed him. If you don’t know Jack de Golia, his is a brilliant voice talent best known for his work in eLearning and Audiobooks although he excels in other genres too. He is a coach as well and is based in Las Vegas Nevada.

So let’s dissect why I had a friend like Jack in the first place? Jack happens to be a really nice guy, and exceptionally good at what he does, so he’s easy to be friends with in the first place. But how did I maintain the friendship on my end? Well, I have made the effort to go to voice over conferences for years. I had attended Jack’s sessions at past conferences like WoVoCon. When I would go to other conferences like DevLearn in Las Vegas, I kept in touch with Jack and we had lunch. Over the years I also sent correspondence emails because his friendship and the friendship of my industry friends is extremely important to me. I did not have a crystal ball and I had no idea that Jack would one day come to my rescue, but I did know he was a good guy and I valued having him, like so many others I have been blessed to meed in my life.

I can tell you that while we all work alone in padded foam booths, we are stronger together than we are apart. Whether we are two months in are ten years in we always need good, smart folks who have our backs. It is worth making the effort to spend time with people on your visit. It is work keeping in touch with people beyond the reach of social media. Make actual friends. It is so important and it is what will make all the difference.