Where Am I Going With This…. 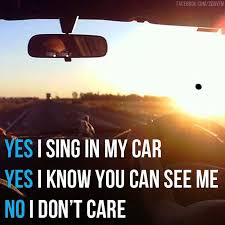 Even though I work full time, as a mom of teenage twins, I am in the car A LOT. My SUV has a great sound system, and I confess I enjoy belting it out. The other night I had a realization though: unless my four year old niece is in the car, I am typically belting it out alone. And it is not that I am not playing great music, because I can assure you that it is always a party when I drive. I think it has more to do with the personalities of my husband and kids.

I asked my son Jack why he didn’t want to belt it out? Perhaps the music should be even louder? His response: it’s just not him. He, and they, are just not wired up that way. In contrast, I can’t keep it in. I dance. I rap. I pour my heart and soul into it. ACDC. 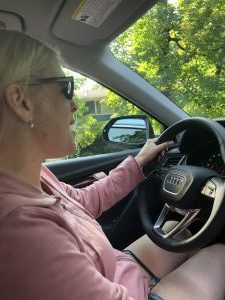 Snoop Dogg. Gladys Knight. Jonas Brothers. It doesn’t matter, I’m into it! So what on earth does this have to do with voiceovers? Well, people often ask me how I got into voice over or how I started booking work. It’s a tricky question. There are a lot of talented people who do what I do. There are also a lot of people who have had access to the training that I have had. They may even have the demos that I have. So, what sets us apart? Our schtick. Our unique personality and spark. The ability to put my dignity, airs, “whatever” in the metaphorical back seat and whoop it up for the clients, is essentially what I have been practicing for years. One of my beloved coaches, Fred Frees, used to tell me if I was going to “make it” I had to be fearless in front of the microphone. This singing in the car is exactly the same thing. When you have the reckless abandon to belt it out in front of everyone, odds are you will also be fearless in front of the mic.

Are there personality traits of Voice Over Actors?

So here’s an interesting question that I get. Just like in every field, all types come to voice over. I do find that the industry friends that I have are kind, supportive, and an overall super friendly bunch. We all have to wear our emotions on our sleeve, because if you can’t hear them, no one will hire us! So, I do find that in voice over people are typically willing to share, and that openness makes everything better.

Do We Actually Sing In Our Work?

Yes! I have had to sing for Indie Video Games, Toys, and Commercial Jingles. I have also sung for mobile apps with Nursery rhymes. Some people who have had a lot of musical training have singing demos. I do not, folks just ask me to do it and I send them my best. A lot of the voice over talents that work in animation sing a lot. As that has never been my bread and butter, I do not do that.

What If We Don’t Sing or Sing Terribly?

Don’t worry! Our job is not musicians. There was a spec on a job I was sent last week that specifically said that they wanted someone who was not perfectly on tune so that it sounded natural and not overly polished. I think a more commonly sought after skill is the ability to sing in character, which has a lot more to do with staying in character, and less to do with hitting each note perfectly. That being said, when I have sung for toy demos, I have to do scales and have to hit each note in the middle and it takes a lot of work and concentration for someone who did not grew up singing! 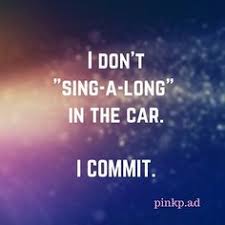 I did not go into voiceover because I wanted to sing. To the contrary, the jobs that involve that component are typically my hardest. The point of this is that the silly abandon that we have when playfully, often gleefully belting it out in the car whether we are alone or have an audience of 3, that is what we need to bring with us into the booth for every job. The ability to switch gears as quickly as a song changes on the radio is priceless. The ability to reinvent ourselves every two minutes is also priceless. All the professional training in the world cannot change the feeling that you have in your gut. I have been told by another coach that I “dive in” rather fast. I believe that, too, is one of my greatest assets! Whether it is a new station I am imaging for and each take on a line needs to be fresh, or a 15 second holiday spot, or an eLearning module, be the talent who is willing to shake things up and delight your client at every turn!