How Something That Seemed So Right Could Go So Wrong 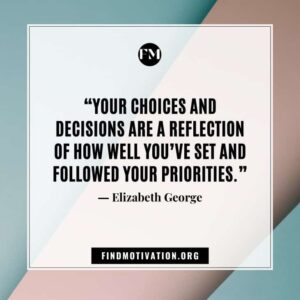 When I first heard about the sales funnel for voice over, I was elated. Basically, their funnel drew me in and it worked instantly. I had several thoughts. First, I loved the idea of paying less for pay to plays. I thought by starting a funnel I could change my pay to play strategy. To be clear, I do not think there is a voice over reality in which pay to plays cease to exist, I simply wanted to be less dependent on them. Next, I loved the idea of positioning myself to be found by the people who were hiring me. In all my years as a full-time actor, I spend A LOT of time doing direct marketing, and we all know this can be a craps shoot, a big roll of the dice. The sales funnel was appealing because I had hoped that through the marketing expertise of  the folks I hired the people who needed me would find me and I could focus on what I love to do most, recording and coaching. It sounds great, right?

Perhaps I was also very willing to try because I very much liked and trusted the team I was working with. Rob is very well-known in the industry for his legal expertise and his daughter Mary seems quite savvy. I have put my own kids to work for me in the past and I loved that it was a father-daughter team and their vibe was great. I felt like we could make magic together.

Maybe I Jumped the Gun

In retrospect, Rob and Mary’s sample size at the time that I worked with them was NOT big enough. They had great success with ONE other voice talent who made back his investment in the first month. One. They also had their funnel running to draw in voice over actors and coaches like me, and it worked. Rob told me repeatedly that he had to turn the funnel off within days of running and as he was so booked and the he would have to do the same for me. Perhaps I should have waited until they had worked with more of these other talents to see what their results were before signing on for a three month deal. Or perhaps I should have opted for their one month option. I can say with certainty that signing up for a three month sales funnel with only one person prior was based on a lot of optimism and not a lot of numbers and I have never before in my business career made a snap decision like that.

So you must be wondering how a gal who has made spreadsheets for every single choice in her career, from who to do demos with to which microphone to buy, could make this choice so capriciously? One propelling factor was the lofty financial goal that Rob had set for the funnel. It was so high that I would have covered my daughter’s college tuition in one month, and my son’s by month four. When I heard the numbers, I felt determined to try.  Who could pass this up if I could really earn that much from the funnel? I do, after all, have goals that I am determined to reach and this funnel sure sounded like a quick fix.

While working with Rob and Mary was as expected in terms of their bed-side manner, and they were responsive and kind, Rob over-promised and under-delivered in terms of the result of the funnel. It was actually shocking. We would look at the same numbers, and they would have a completely different analysis of them. Keep in mind the funnel was supposed to bring in dream clients with large budgets. It was supposed to weed out the undesirables. This was NOT my experience. My experience with the opposite. My dream clients were no where to be found. I had multiple people sign up for calls and not show up. I sent follow up emails and texts to those no-shows.  After several weeks I had THREE total calls. One lady thought it was a job interview. One call was actually someone who was interested but did not move forward. The third was a man who had been on unemployed and just took a job as a janitor. He had a very limited budget and knew nothing about voice over and it seemed exploitative to even be talking to him.

Sadly, the funnel was not achieving its goals. It was disappointing. Rob, Mary, and I had a different perspective on how the funnel was working. We parted ways and I was thankful for the funnel to end. I lost both money and time.

I know another long-time VoiceOver professional and coach who started a funnel just after I did. Instead of directing her funnel toward coaching clients, she was going after automotive clients and attempting to market her automotive demo. Like me, she also stopped her funnel and parted ways with the team.

The most established member of our accountability group, Kim, has long cautioned that the VO community is always looking for “the next big thing”, and when it comes out we all jump on the band wagon. This happens every few years. It happened with voiceovers.com. I think, in the end, the sales funnel was like that for me. I was looking for the magic bullet, a quick fix. Instead I learned a lesson about listening to those who have been around and seen more. Next time I will slow down and wait for the hard data.