How Did I Manage to Mis-Quote the Client 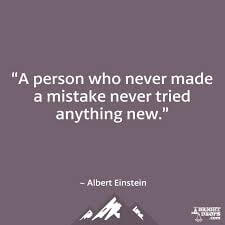 For the first time in my five years as a full time voice over actor I mis-quoted a client. In truth, I was extremely tense about the election results so if I did not make a mistake here I could have made one some where else. A new client found me on LinkedIn for a toy project. I have a tight NDA, but I can say that it’s a toy and right away my voice seemed like the perfect fit for this project.

The first mistake that I made was that I opened the script on my phone. I was in my booth doing an eLearning job. I think we all feel that sense of urgency to reply promptly so that the client doesn’t go to another option, and I had so many screens open in my booth, that it seemed easier at the time to look at this on my phone. The client sent an excel spread sheet. At the top of the spread sheet were four highlighted very short sentences. I looked at the spreadsheet several times, did not see any other content, and each time I checked it was on my phone. It was my understanding that these highlighted lines were the entire script.

To be clear, I am often sent very small scripts in different genres, so this in no way seemed odd. I do a lot of commercial work, and there are a lot of short, 15 second, commercials. Even in eLearning, sometimes I am cast for one short role in a module, so this short script for the toy in no way seemed unusual. When I replied to the client, I was very clear to outline my standard toy rates, my toy revision rates, and what my quote would be for this job given how short the script was. I explained that I would provide two versions and the audio would be in what ever form they needed, fully edited, and ready for use. The client responded that they would be moving forward in the coming days.

How I Realized My Error 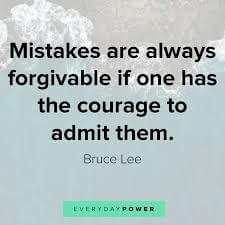 When the client had their final script, they emailed me an NDA and a contract. Then they emailed me the finalized script which was again an excel spreadsheet. In the email they confirmed the initial rate. To my horror, I realized immediately that I had under-quoted the client significantly. The script was not 4 lines, It was 154 lines. Further, they needed the files split which was also not included in the initial bid. My heart sank. I never want to disappoint a client or to make their job harder. I genuinely thought the job was the first four lines. I am not clear whether or not the client was also questioning if the bid covered the full scope of the project by the way their email was written, but I still had to re-quote. With all the work I had, I would be spending a good deal of time on this and could not do the job for the rate I had initially quoted. I felt, though, like a buffoon.

How did I Decide How to Handle My Mistake 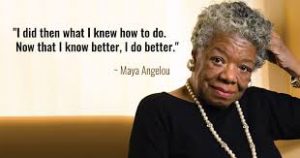 Immediately I messaged my accountability group with whom I speak to all the time, every day. I trust these women more than anyone to lead me in the right direction. When they did not respond within minutes, I called them. Two of them were actually together at that moment, and they helped me draft a thoughtful and sincere email to address my error and revise the quote. It began with “I do apologize but…” I felt awful about doing it but I also could not live with myself if I did not. Interestingly, it was the opinion of two of the others in the group that the error was mine and I should do the job at the lower rate. They pointed out that I risked both losing the client and that if this client knows other clients I risked tarnishing my reputation. I weighed my options and sent the email with the revised quote.

What I would do Differently Next Time

How it Worked Out 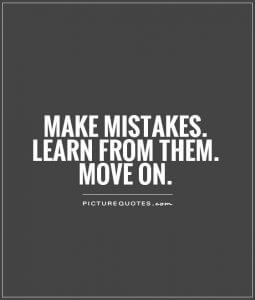 The client was not pleased when she got the email with the revised quote she had to go back to both her team and to the clients for approval. The next day I heard that they were ready to move forward. I ended up having to call the client. When I downloaded the excel spreadsheet, I had some formatting issues as a Mac user. I called the client and they were extremely helpful. It was actually great to speak with them and have yet another opportunity to apologize and let them know that I genuinely did not intend to make things difficult for them. Our chat went very well and I am extremely thankful to have laid what I hope is the foundation of a good working relationship.