As a working, professional voice talent, one of the aspects of my job that I dread is negotiating rates with clients. When I think about “living the dream” part of the dream of pursuing my passion for voiceover as a talent, coach, and demo producer does not involve the back-and-forth banter to iron out a rate before a job begins. Yet, this banter is becoming more and more necessary as the days of jobs with desirable rates simply arriving in my in-box seem to be fewer that past years. 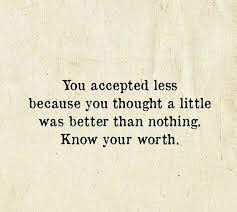 Let me share two experiences that happened in the past week. Last week, I heard from an Indie Video Game producer that I worked with in 2016. They were offering me the same role I played then. I had detailed notes in my CRM that they needed a discount as they were trying to launch the game with a kickstarter campaign. When I quoted them this time a normal, mid-range rate, they came back to me saying they were shocked that my rated had gone up. They went on to say that the five other talents had agreed to the rate they offered and they wanted to pay everyone the same. I referred them to the GVAA rate guide, which I will discuss later, and reminded them of the terms of 2016. They came up to my rate for me and for the other talents.

On Friday at the end of the day I client I have done quite a few TV campaigns for sent me two scripts. The rate for both was pathetic for one. It was clear he wanted a buy out, meaning he expects usage in perpetuity, which is never good for voice actors. I responded saying that I’d love to help but that the rate won’t work. I sent some suggestions their way, and said that we need to find a rate that is fare for both of us. My hope is that tomorrow we can work something out and that I don’t have to walk away from a long time client. I cannot, though, work for the rate offered. Maintaining industry standard rates matters for multiple reasons, not just for you as a solopreneur working to make  living, but for the some total of our industry as a whole. 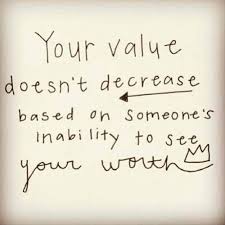 Imagine a scenario where we all just stopped negotiating. Let’s say a client offers $200 for two TV commercials with no mention of the length of usage, and instead of trying to negotiate, sort out the details, and explain why buy outs don’t work for us, we all just said “sure.” The implications would be staggering. The clients, then, would assume there is nothing wrong with this sweat shop pay, and would assume that our years of coaching and on-going professional development, that our expensive studio equipment, that the service we provide, that none of it has value, and that the can continue to lower and lower the rates. Where will it end? How low will they go? I shudder at the thought, and fear that if we are not willing to walk away, these bargain basement rates will become more and more common. You must know your worth and be willing to stand up for it.

As hard as this is to believe, sometimes clients are not actually trying to drive rates down. Sometimes they genuinely have no idea where the rates should be set and it is up to us to educate them. I have had this conversation with many other voice talents, and this is often the case. Often those casting us have never worked with voice actors before. Perhaps they were tasked with hiring a voice actor by someone else, and they know nothing about it. It’s possible, especially in eLearning, that they come from Human Resources or Academia and they know little to nothing about casting. When this is the case, a conversation about rates becomes a wonderful opportunity instead of frustrating and contentions.

Where can you find Guides for Industry Standard Rates

If you are looking for sources or rates guides, let me refer you to three:

Think About the End Goal: Earning a Consistent, Sustainable Income

In the end, we all want to earn a consistent, sustainable income. I remember hearing Bill DeWees, one of my first mentor’s in voice over, talk about this back in 2015. Yes! That what I needed, consistency. But a consistent income doesn’t just fall into your lap, it requires a rigorous blend of hard work and a willingness to negotiate. If you can’t stand up for what you’re worth, you’ll never get it.