Why Voice Actors Need a Policy for Pickups and Revisions

As a full-time, professional voice actor, I love working with repeat clients. I love delivering finished audio I can be proud of, and over the years I’ve come up with a few strategies to reduce the number of pickups I have to do. It is important to understand the difference between pickups and revisions, and how live sessions come into play.

Just What is a Pickup

A pickup implies that you, the voice over talent, have made an error, and typically any and all performance errors are covered by the actor regardless of the size of the job’s budget. This could mean that you misread the script, it could mean that there is an odd noise in the recording and it is obscuring your work, or it could be a performance error. Perhaps you were meant to sound calm and relaxed and the client feels you give off an agitated vibe. Any of this constitutes a pickup. When I book a job, I do ask clients to give me the courtesy of asking for pickups and deliveries within 48 hours of when I give them the finished audio. Most do. Some don’t. How flexible you want to be is up to you, and makes a difference in how you feel about your relationship with the client.

What is a Revision

A revision is different than a pickup. A revision implies that the client has changed the script. Typically this means that they got your VoiceOver audio back, reviewed it, and then decided to make tweaks. For me, for jobs over $250, I include one round of minor revisions which I define as less than 20% of the script within 48 hours of delivery. If it is after 48 hours or more than 20% I charge $75 per 30-minute revision session. If the revisions are more than 40 percent of the script I adjust the rate. If the script starts to look more than 3/4 different and it is a long narration, then it becomes a new job, and negotiations begin. This is not common. In all my years as a VO talent and coach, the two times this has happened, the clients were upfront about the revisions and offered me a new rate before I even had to start worrying. If you are noticing, they are noticing. In terms of the turnaround with revisions, again, you have to decide what you can live with. For example, I work with some eLearning companies that take quite a while to review their work. For me, this is not a problem and I am happy to wait.

Throwing a Live Session into the Mix

So you have a session for Source Connect, Zoom, or Skype. Wonderful. What should your pickup policy be? Audio from a live session is always final delivery. Period. The session should not end until the clients have what they need. This is the industry standard. If the client comes back after a life session and wants a re-record, you are entitled to a fee for an entirely new booking. Basically, you have made yourself available to however many people from their team are on the call, from the producer, to the creative director, to the folks from the brand. They have plenty of time to give direction, chat, and get all that they need from you. You are not in any hurry. If, after the spot is produced, they decide to take the work in a different direction, that’s fine. They can pay you for another session.

Tips to Avoid Pickups and Revisions

In the end, here are some tips I have come up with that leave me having to do very little pickups.

In the end, we want our clients to have a great experience working with us. We want them to come back to us over and over again. If we lay out our policies clearly, and there is no room for ambiguities, communication should be seamless. Expectations should be clear. Relationships are built on trust, and when policies are consistent, because there is, in fact, an actual policy, it is much easier for a client to understand what they are being charged for and why. 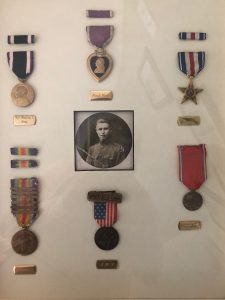 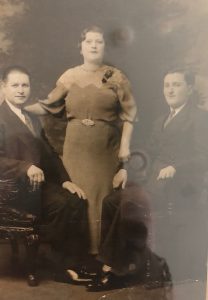